Coast to Coast 105 miles across Scotland

105 miles, one day: Run, Bike & Kayak across the stunning terrain of Scotland, including Loch Ness and the incredible Glencoe. 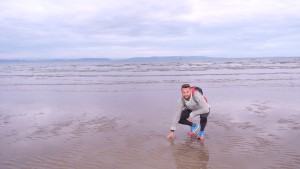 This was something I was really looking forward to, another stunning event put on by the Rat Race team, Scotland’s Coast to Coast.

As always with these bigger events I was a little anxious at the start thinking maybe I’m out of my league here in this crowd of around 200 athletes.  A great deal of this course is cycling and whilst I’ve done a fair amount in training I wouldn’t consider myself a cyclist as such, around 80-ish miles on and off-road had me questioning if I had the right tyres, how am I going to cope with the hills and what if I just get left for dust?!

The first stage of the race however was a 7 mile trail run so at least I felt I had half a clue about what I was doing here. Starting on the east coast in Nairn the event we all made our way to the sea shore and dipped our feet to mark that we’d be going from the very edge.  Then after a brief pep-talk the starting horn went off.  I’m not the fastest runner but tried to be somewhere near the front of the pack.  They went of quickly as with all races and it felt a bit too quick for me but I slogged on telling myself it would ease up soon.  It was only seven miles so I kept pushing hard through the trails and wooded tracks knowing I should get a rest when I finally get to my bike which would be waiting for me.  I was surprised and pleased to finish this first stretch in 6th place but I still had a bloody long day ahead of me yet!  I quickly changed my shoes, grabbed a drink and a breather whilst getting my bike off the rack and then I set off for around 48 miles of road cycling. 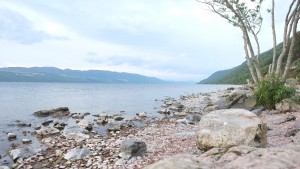 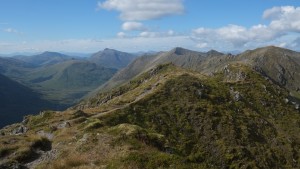 During the run stage I’d been looking forward to getting a rest on the bike but it wasn’t long before I was looking forward to getting off again.  The hills and the winds were pretty brutal, for a guy from Peterborough where hills are rare and tiny this was going to be quite a slog for me.  I had quite a few people pass me over this stretch but was expecting this so didn’t let it bother me too much.  We jumped off at the halfway checkpoint, and choosing to keep my cycling shoes on had to scamper about 500m down the Loch Ness, wade right in and jump into a kayak, paddle out to a bouy and back again before running back to the bike.  Now with soaking wet feet, legs and bum I munched down a couple of snacks, topped up my bottles and got rolling on. 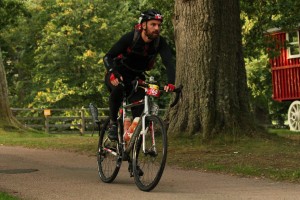 I hooked up with a chap I’d been level pegging with much of the way and we had a good chat and kept each other going.  Soon we hit the ‘off-road’ section which started with a climb way too steep to ride so we were all jumping off to push or carry our bikes up. The next twenty miles were tough and rocky tracks with sharp bends and steep drops either side.  A guy came off in front of me and bashed his head on a rock, I stopped to check he was okay before rolling on with him chuckling and shaking his head.  The guy I’d been riding with earlier had gone off ahead of me at a strong pace but I later found him with a complete tyre blow-out. It had burst the tyre too which he was attempting to patch up with some energy gel wrappers and plasters.  I was pretty gutted for the guy as he was doing great. I passed 4-5 more with punctures so was anxious of the same happening to me.  Fortunately my Boardman CX held its own and did me proud right to the end of the section and another road section after this was a silky smooth treat for the bones and tyres.

I now only had to run 14-15 miles from Fort William through the mountains of Glencoe to the finish line and I would be done.  The weather got pretty grizzly and wet for this section but I do love a bit of rain so lapped it up, dug in deep and powered on.  I marched a lot of the uphills and ran as soon as it levelled off of went down again.  As I neared the end I was feeling that buzz of adrenalin and getting quicker mile by mile, I would see other racers in the distance and try to slowly close the gap until I could pass them one by one.

I finally finished hoping I’d at least made the top 50 so was chuffed to bit to place 15th overall (after the initia out of around 200 competitors.  Looking at the stats later I’d placed 6th and 8th in the running sections so need to work on my cycling if I’m going to try something like this again.

Rat Race’s Coast to Coast is a fantastic event and also has the option of doing the whole thing over two days for those who want a more leisurely tour.  I’m pretty tempted to go back and have another go for the scenery alone, what a place to race! 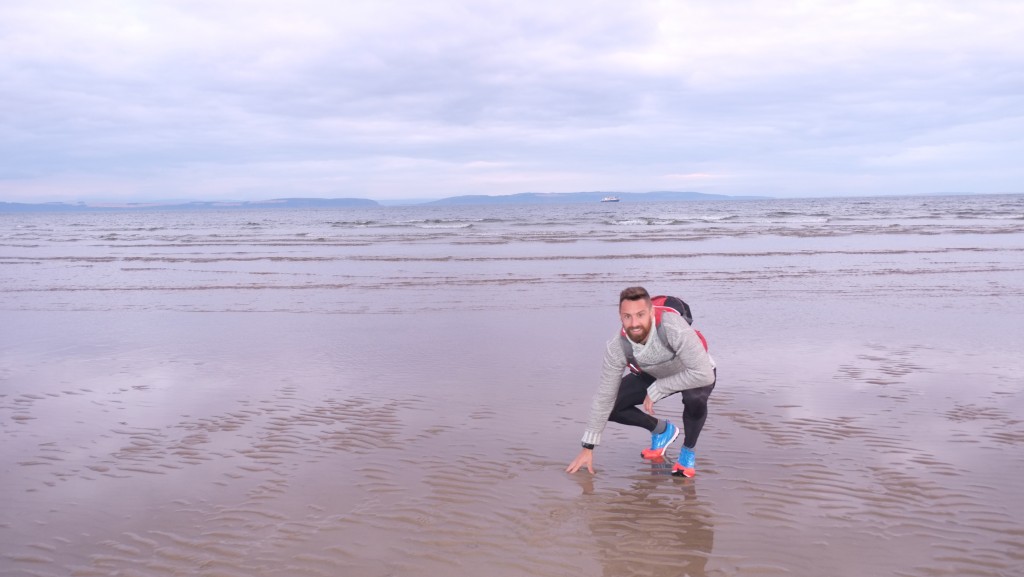 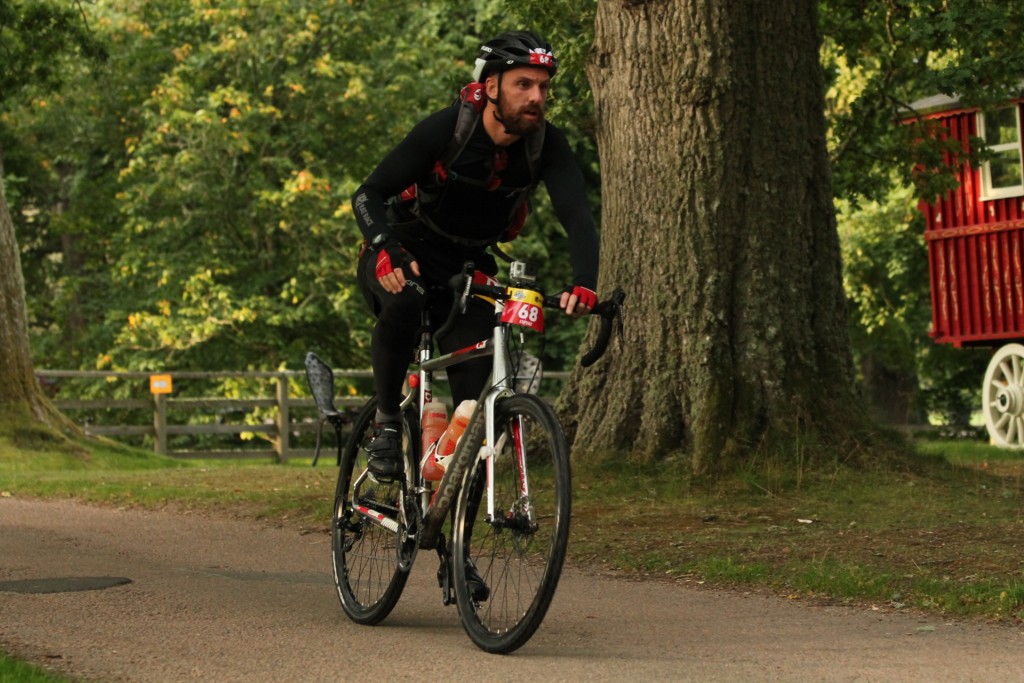 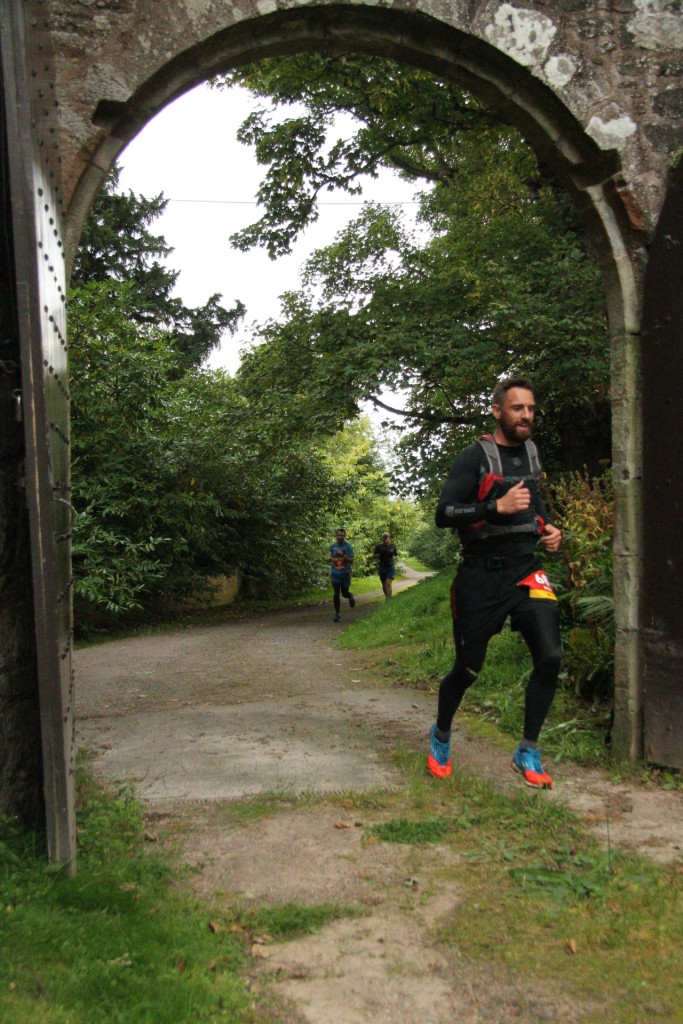 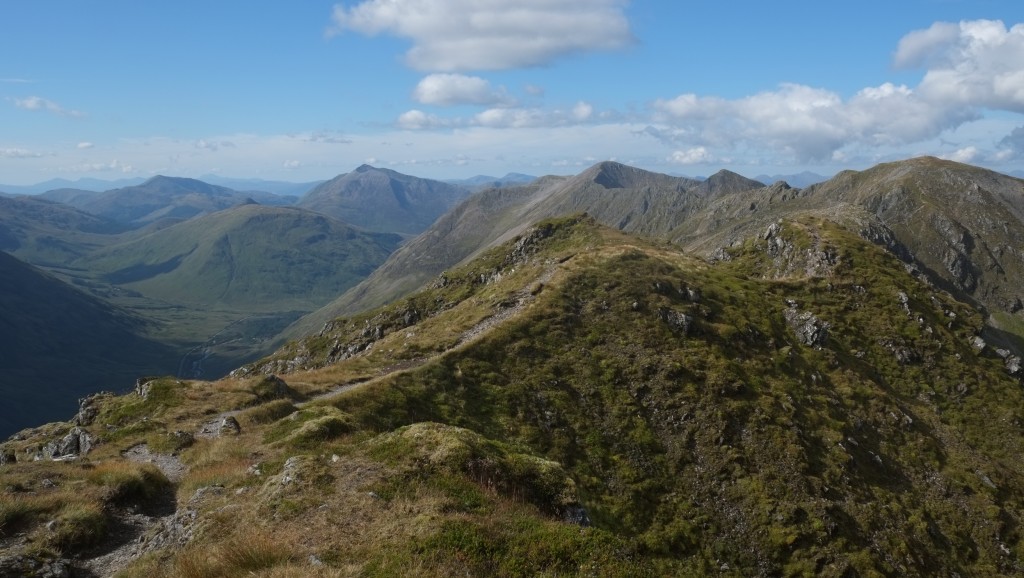 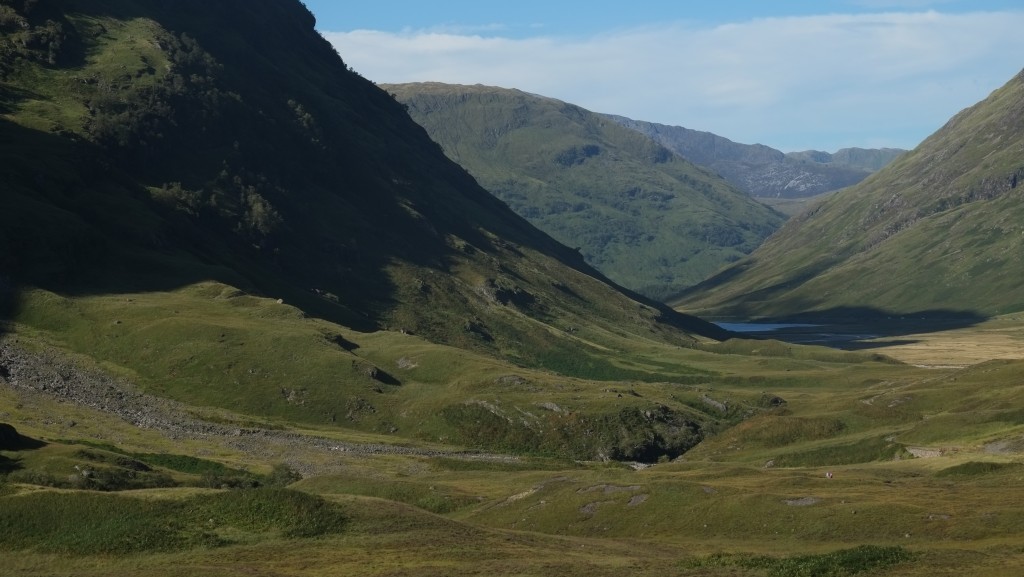 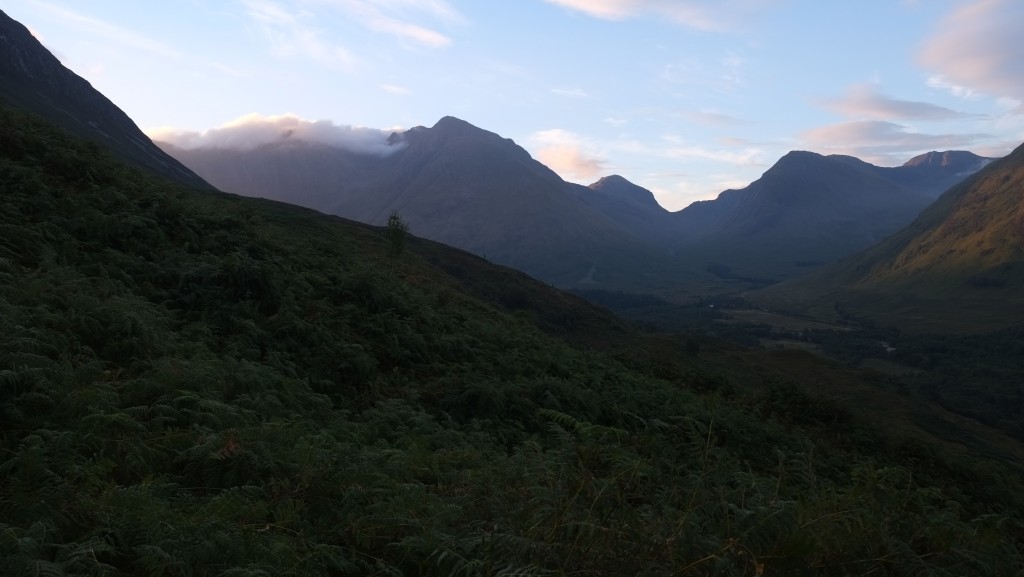 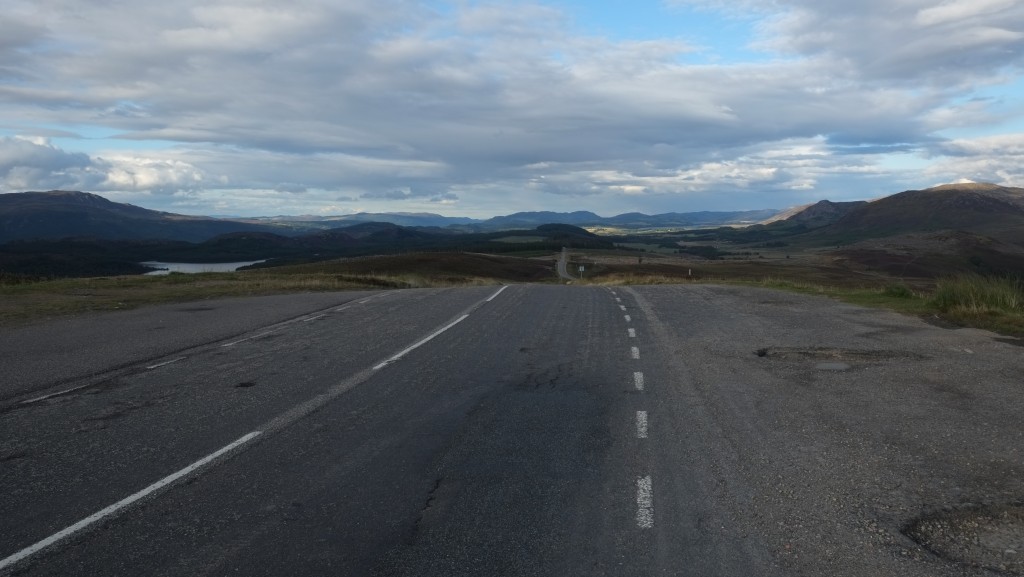 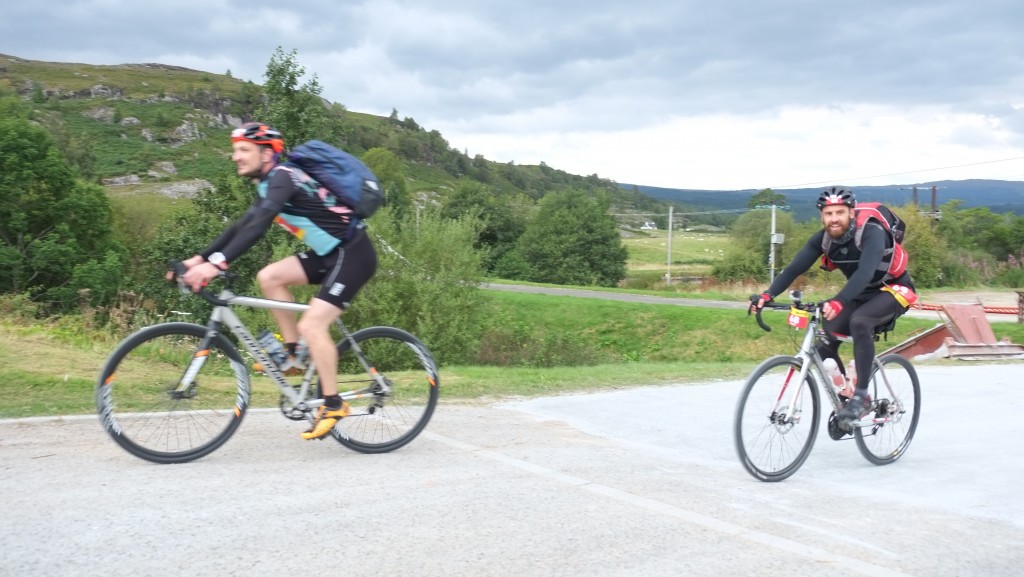 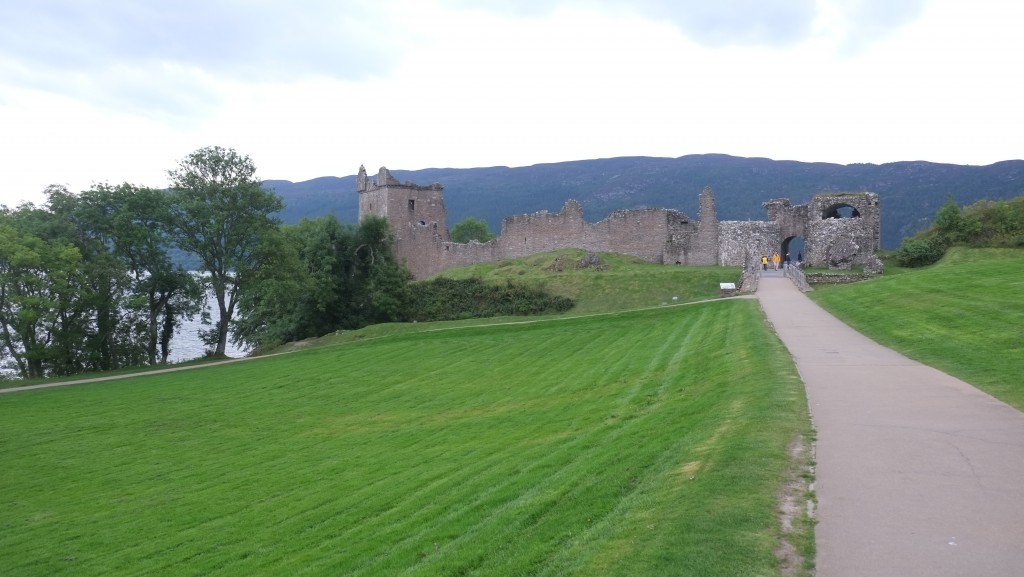 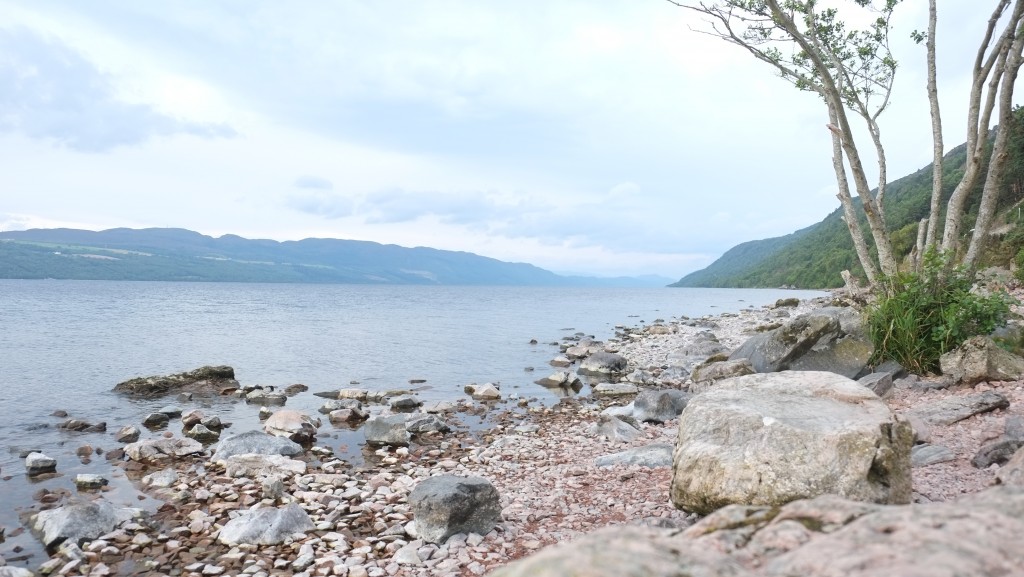 Marathon des Sables – 156 self-sufficient miles across the...
Next Story » 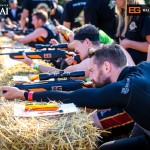 Like
Challenges, Race reviews Coast to Coast 105 miles across Scotland