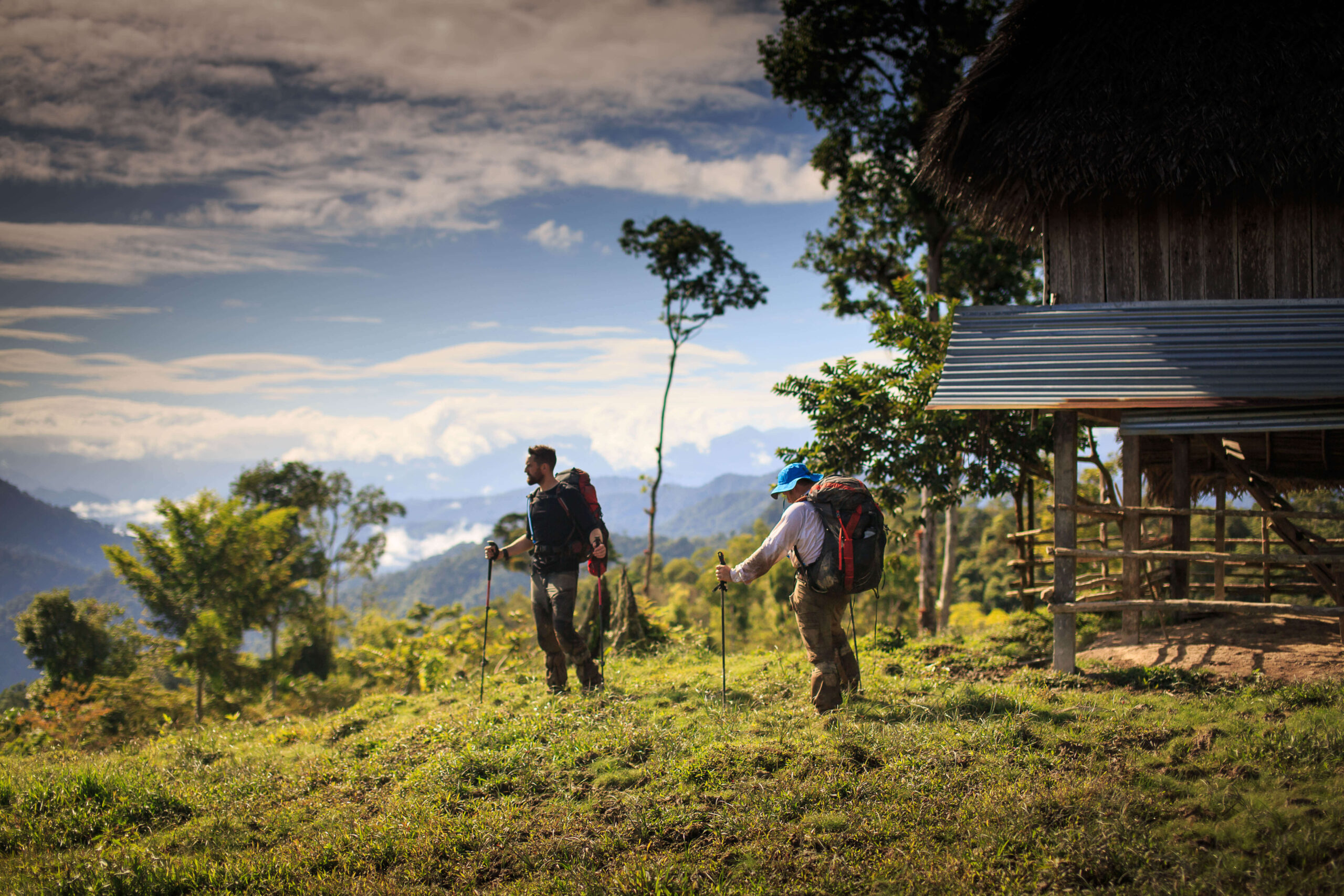 Darren classes himself as a pretty regular guy, “a dad of two awesome kids who I adore, they’re my number one purpose for challenging myself to be the best role model I can, and hopefully inspire as many more people as I can.”

Darren’s turning point from his regular 9-5 job and average goals came following a car accident which left permanent damage to his back, but fortunately not severe enough to hold him back.  This triggered a desire to make the most of every day and he went on to pursue running, which led to more extreme adventures, starting with a race dubbed as the toughest footrace on Earth.

6am somewhere in the Sahara, the tents come down over our heads and it’s nearly time for another 50 degree marathon.  Gulp!

The notorious Marathon des Sables involved running 156 miles across the Sahara.  this was also the start of Darren’s ongoing fundraising campaigns for local charity Anna’s Hope, whom he is now a patron of.  Darren has since gone on to run and hike across some of the most extreme environments on the planet, 100 mile frozen lakes at -50 degrees, eating around campfires whilst wolves howl from the treeline, sharing uncharted rain forests and never-before run desert crossings passing through hunting grounds for leopards and cheetahs.

Darren helps advise and inspire others by sharing his stories and experiences across many platforms.  He has written and featured in national magazines, been featured on ITV, BBC Radio and TV and has spoken across the country at schools, businesses and even Buckingham Palace.

Please feel free to get in touch to book Darren to speak at your event.  Darren also offers bespoke training plans and 1-2-1 training solutions.  Contact Darren to discuss your goals.